The discussion of what we would like to do and where to stay. Where to eat and places to just relax and talk with each other. Might there be Roswell Stories that we don't know about yet? Stay tuned.... 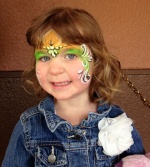 So glad to see you here! How are you and Alice doing?

Well, so far. We only get to see the grands occasionally, and only outside.
But we are COVID-19 free which is something to be grateful for.

How are you in TX?

Doing ok in lockdown due to age and some health problems. I'm virus free. Wish I could say that about my allergies.

Great to hear that you're COVID-19 free, not so about your other ailments.

Alice was diagnosed with Sjögren's Syndrome, which also makes her vunarable. So I've been doing most of the errands to try to keep her safe.

Most of the crew seems to be sliding into that vunarable age range.  We must be oldtimers.

" sliding into that vunarable age range.  We must be oldtimers. ......more like galloping headlong into it without a glance backward.

Managed to get a hair cut yesterday after 3 months. Regular barber survived the shutdown ok.  Procedures he has to follow now to remain open are rather silly but will eventually disappear, we hope. He did raise his prices by $3. Can't begrudge him that all things considered.

And while I was at it I changed my phone carrier and plan, cheaper, don't need any 'sophisticated' features. That was a 3 hour ordeal, mostly because the phone rep. never showed up at his work station in Target, but eventually got the new plan and it's working okay, same #, etc.

The only thing I can't do now, compared to pre-pandemic  is go to the movies. No big deal since that was about a 1-2 times a year activity lately.

Hadn't thought about those multiplex theatres. They must be taking a real

Wonder if they'll survive this pandemic?

LarryP wrote:Great to hear that you're COVID-19 free, not so about your other ailments.

Alice was diagnosed with Sjögren's Syndrome, which also makes her vunarable. So I've been doing most of the errands to try to keep her safe.

Most of the crew seems to be sliding into that vunarable age range.  We must be oldtimers.

Please tell Alice I'm so sorry that she has Sjogren's. That's no fun. . Hope both of you will take care of yourselves and each other. Will add you to my prayer list .

Yep, I'm officially old. Did fine in my 40's, 50's, and the beginning of the 60's. But, at 69 there is a bit of a slowdown. Hoping it's just temporary. Need more exercise and starting back on that tomorrow.

LarryP wrote:Hadn't thought about those multiplex theatres. They must be taking a real

Wonder if they'll survive this pandemic?

AMC is closing their theater at our Parks Mail. That's a real problem because it's in the middle of Arlington and close for everybody. Not to mention that they added Beer, Wine and Mixed drinks year before last and it went over really big.

There are two theatre's left, one in Mansfield and one in Grand Prairie. If I decide to go and take a friend, it will be all good. And if it doesn't work out then I'll just get everything on the internet.

I miss being with people.

We also have an AMC theatre at our Lisbon Landing complex. No word on them as yet. And no ... they do not serve beer or wine there. I might see more movies if they did though

We have one AMC multiplex here, haven't heard anything about their plans, and a 24 multiplex Cinemark where I go most often and it's only ~2 miles away. I doubt if it will be affected negatively when it's open again. Don't know if they sell beer. I never buy any kind of food or drink at the movies. That's what comes from being a curmudgeon.

I'm trying to remember what was said on the news. All I remember is that AMC had said they were thinking about not opening up at all. Haven't heard any more about it so maybe it was a hasty decision. I hope so.

Well, the news announced today that AMC will be opening up in July.

DFW is in the midst of the highest numbers of covid19 cases so we've been told to hunker down again and stay home. You've got to be kidding! But, no, it's all true. Words can't even describe how I fee.

Haven't heard anything specific about the AMC multiplex here but if it's a corporate decision I guess they will be opening and the openings of all other businesses are on track. The virus cases are holding steady, and the Gov. seems to be staying with the original sched. for getting back to semi-normal.

This is just my opinion, but I suspect that in those places where cases are ramping up and the authorities are suggesting going back to quarantines, the general public will say the heck with that and just go on about getting back to normal, come what may.

And here's the kicker; after all these massive protest crowds all over the country, shoulder to shoulder, no masks, etc. and if there is not a big ramp up in infections pretty soon specifically in all those protest places, then someone has some 'splanin to do.

The 'authorities'  will lose all credibility and the medical 'experts' will be at a loss.

I would love a road trip to ABQ and see a bit more Roswell, but I have a feeling this will need to wait until the summer of 2021.

We can however pick a date and a time, and do a Skype or Zoom meeting. We can gather and see each other, get caught up on what the Aliens in your hood have been up to.

It's not quite the same as being there, but it is better than having no contact at all.

I would do a Skype or Zoom meeting if i can get my webcam to work.

Do you still have your RV , SP? That's an airplane for the others on here....

Yes, we have two now. The original RV-6 (two-place) and now an RV-3 (single place). My husband is an airplane builder/Inspector. Keep him busy.

However, today it's the gold-wing motorcycle that is taking up his time. This 17-year-old bike is nearly a new piece of work. This week it was the speedometer. It would quit working intermittently. He hooked up the handly scope and made the bike show its problem and that was that! By Friday, it will be well again.

Online meeting is pretty easy to do. I will look into who will give us more than 1 hour for free. I will let post what is needed for those first-timers.

I would like to do an online meeting but maybe later in July or early August. I am staying pretty busy working from home. The best part of this working from home is being able to check up on Blu5 any time of the day.

Blu5 Community, please give this some thought.

Two airplanes and a Gold Wing ! Excellent !  I remember when  the Gold Wings were first sold in the U.S. They showed them at the annual motorcycle show in the Sports Arena in L.A. in '69. They had a video running with sound and the sound of that 4 cyl. was so different from all the other bikes of the era that people stood transfixed around the TV, listening to it.

In those days I was an Observed English Trials rider with a Bultaco Sherpa T.

Regarding the online meetings....last week I had a Dr. appt. and they said I could do it at home from my computer, but I couldn't get the webcam to work so I had to go to the clinic and sit in my car in the parking lot and the nurse took my temp. and blood press. through the window and  gave me an iPad, and turned it on. They have a pretty sophisticated set up, and after a few minutes my Dr. came on and we did the online checkup and set another appt.

Online meeting is pretty easy to do. I will look into who will give us more than 1 hour for free. I will let post what is ne:smileyhug: eded for those first-timers.

I would like to do an online meeting but maybe later in July or early August. I am staying pretty busy working from home. The best part of this working from home is being able to check up on Blu5 any time of the day.

Blu5 Community, please give this some thought.

I've been talking to others who haven't come in yet about this too. Thank you for looking for something that would work for all of us. Some people do not want to use Zoom because of the phishing problems. I use Zoom for my Grief Share and so far haven't had any problems. But I'd like for everyone to participate.

Please let us know what you find out.

I think the phishing problems with Zoom are exaggerated, I would use it if I can get it to work with my computer web cam.